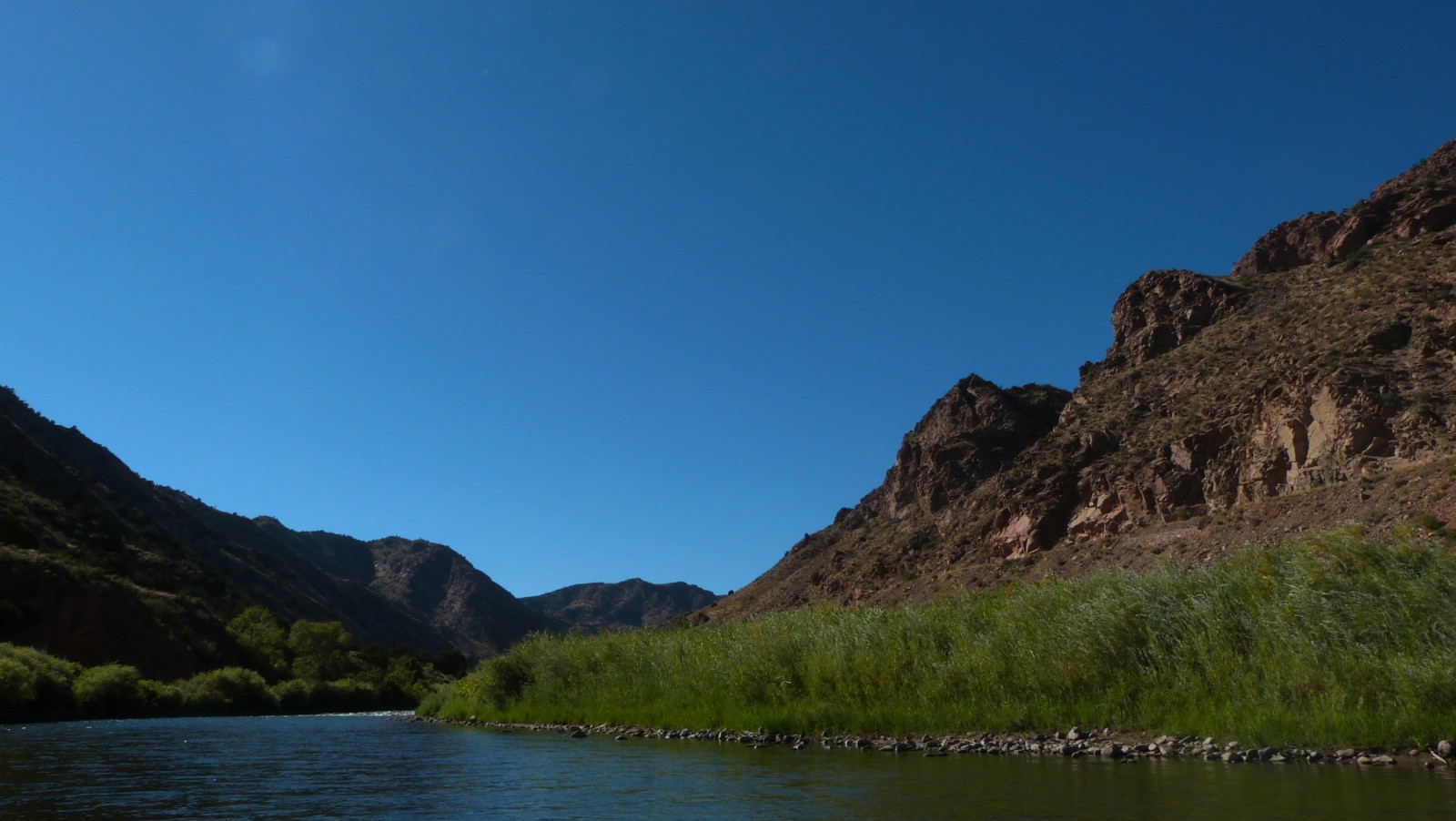 Arkansas River and its Geology

Arkansas River and its Geology

The 1,469-mile-long Arkansas River is the second-longest tributary of the Mississippi River, the sixth-longest river in the US, and the most distinctive feature in Fremont County, Colorado. Tucked in a canyon on Mt. Arkansas, the East Fork of the Arkansas River rises to an elevation of 12,525’ south of Fremont Pass, after which it is joined by Tennessee Creek at 9,800’ between Leadville and Turquoise Lake. The river then drops 4,650’ over 152 miles and levels out considerably by the time it leaves the Royal Gorge on the way to Lake Pueblo. After flowing 360 miles through Colorado, the river leaves the state at 3,350’.

At its headwaters, the Arkansas River is a wild mountain stream flowing south, then southeasterly. The river drains over 25,000 square miles of Colorado, the largest drainage area in the state. Since 1908, its flows have been augmented by trans-mountain diversions of water from Colorado’s Western Slope, tunneled under the Continental Divide. Today there are 9 such diversions accounting for 69,500 acre-feet annually.

The river flows between the 14,000’ Collegiate Peaks of the Sawatch Range that forms the Continental Divide on the west and the somewhat lower Mosquito Range to the east. The valley floor is 3 to 10 miles wide and about 5,000’ to 7,000’ below the mountain peaks. This is not a typical river valley caused by erosion. Rather, this is the northern portion of the Rio Grande Rift, a crack in the earth’s crust caused by tectonic forces that created an upwelling of Earth’s mantle during the mid-Tertiary period about 20 million years ago, separating the Colorado Plateau of Colorado, Arizona, Utah and New Mexico from the Great Plains. The Graben, as it is called, has four segments, including Upper Arkansas and San Luis Valley that run from southern Wyoming deep into Mexico.

According to one school of geologic thought, the Arkansas River once flowed south and was part of the Rio Grande River. Poncha Pass is thought to have risen from the uplift and volcanic activity, forcing the river to turn east some 2 to 5 million years ago where it found to find its way through the uplifted Horst of the rift, other faults, the complex geology of the Big Horn Sheep Canyon, Pleasant Valley, and the Royal Gorge. Another school of geologic thought claims the Arkansas River has always followed its present course.

Glaciers add an additional element to the story of the Arkansas River. Less than 1 million years ago, three glaciers formed a 670’-high ice dam near what is now Granite, Colorado. It blocked the upper Arkansas River and created a large lake at least 500’ deep that extended 14 miles north toward Leadville. When the ice dam broke, catastrophic glacial floods deposited a sheet of boulders as much as 60’ thick 10 miles down the river, leaving two residual river terraces at levels 20’ and 50’ above the river. The flood waters were deep enough to leave 4’ boulders as much as 160’ up the canyon wall. Two such floods are thought to have occurred, 10,000 to 16,000 years ago.

The River that flows through the 10-mile long Royal Gorge is comprised of Precambrian gneiss, schist, granite, and other material at a depth of about 1,200’. The Royal Gorge is a deep, geologically young, and unusually narrow canyon. In places, it’s only 30’ wide, requiring the railroad to construct a hanging bridge over the river to carry tracks in 1878. The gorge is the product of three periods of uplift, the most recent about 1 million years ago, when geologic faulting or fracturing created a crack in the earth’s crust, while the river continued grinding away at its bed.

After breaking out of the Rocky Mountains above Cañon City and Florence, the gradient of the river changes from an average drop of 40’ per mile to a much gentler fall of less than 9’ per mile as it enters the Colorado Piedmont region of the Great Plains. Here, the river is no longer a rushing mountain stream but rather the meandering river that will characterize the rest of its flow to the Mississippi.