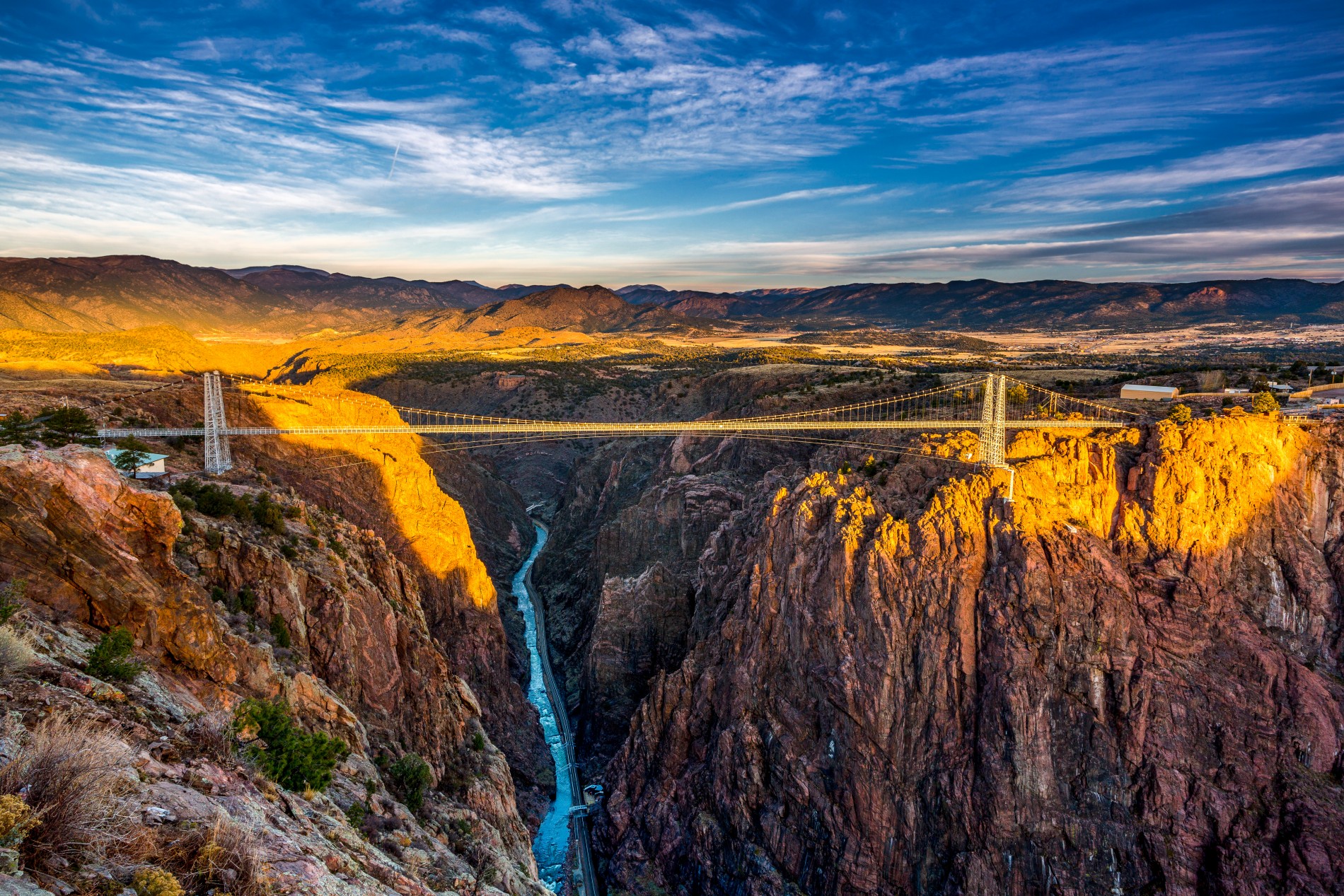 Construction of the Royal Gorge Bridge

Construction of the Royal Gorge Bridge

The Royal Gorge has been a popular travel route for hundreds of years. Utes used it for protection, Europeans explored the Arkansas River’s edge, and the Denver and Rio Grande Railroad built lines along the base of the Gorge to transport gold.

With the development of the railroad, more people witnessed the magnificence of the Gorge’s walls, causing them to ask, what if we could go from one side of the Gorge to the other?

In 1928, Texan Lon Piper declared he would build a bridge across the gorge, connecting the land on each side that had been given to Cañon City by the federal government. Before the bridge’s construction, the primitive roads leading up to the Royal Gorge were improved and an access road to the south rim was created. Piper established the Royal Gorge Bridge and Amusement Company to oversee construction that began on June 5, 1929.

The Royal Gorge Bridge was designed to be a suspension bridge, with two tall towers and cables running from each tower. Once the towers were erected, builders lowered two half-inch steel cables down opposite sides of the Gorge. The two cables were joined at the bottom and pulled back up until they reached the rim of the Gorge. Once this cable was anchored, workers used it to pull 4,200 galvanized No. 9 steel wires across the Gorge. Twenty-one hundred strands of this wire make up one giant cable for each side that holds up the deck of the bridge.

The bridge was completed in seven months and opened to the general public on December 8, 1929. The price to cross the bridge was 75₵ and the total cost to build it was $350,000.

The bridge stood with towers 150 feet high and was ready to hold 2 million pounds. 1,053 feet was measured from the top of the towers to the riverbed below. The bridge was 1,260 feet in length and 18 feet wide. Today, the deck is 956 feet above the river.