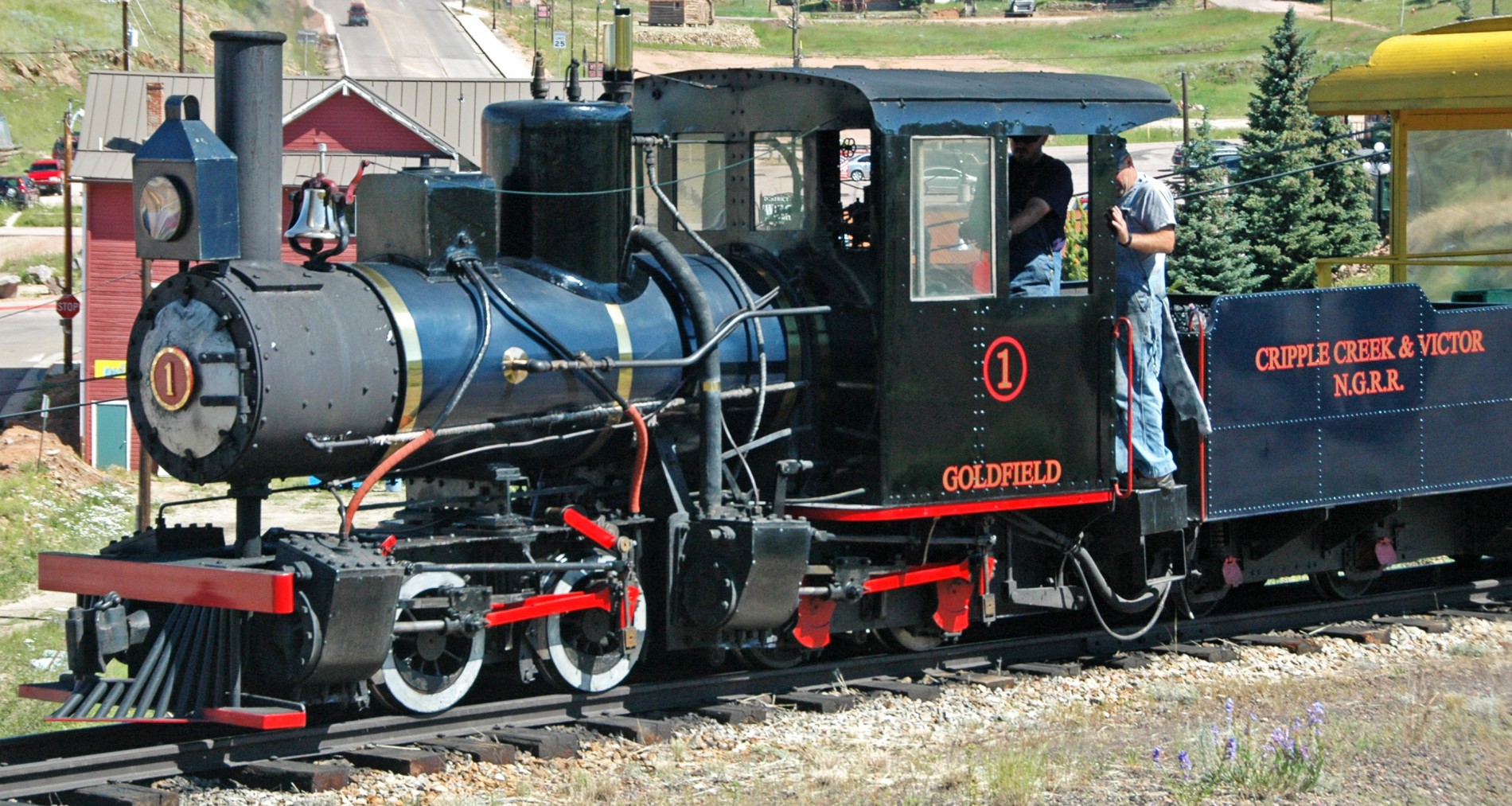 However, those in the know also head north to Cripple Creek for a ride on the Cripple Creek and Victor Narrow Gauge Railroad, another historic passenger train ride that explores the rich scenery of the area and tells the story of the district’s gold mining days.

Jump aboard a century-old steam train pulled by a coal-fired engine typical of a time when trains were key to expanding the western frontier. The trip starts at Cripple Creek’s 1894 train depot and heads south, where it passes the old Midland Terminal Wye, a reconstructed trestle, and several historic mines. This four-mile trip leaves every 40 minutes Mid-May through October. The passenger train was first opened in 1967 by Dr. John M. Birmingham and has remained in his family since.

Though located in neighboring Teller County, the Cripple Creek and Victor Mining District is a popular destination for those visiting the Royal Gorge Region.

Cripple Creek gained fame in 1893 when a local prospector struck one of the largest lodes of gold in history. Home of the last great gold rush, Cripple Creek hosted sustainable mining operations all the way until 2005. Once considered a ghost town, Cripple Creek grew into a tourist destination when gambling was legalized in 1991. Now, it attracts visitors of all interests—recreationists, history buffs, and more.

Take a tour of the Cripple Creek and Victor Mining District.