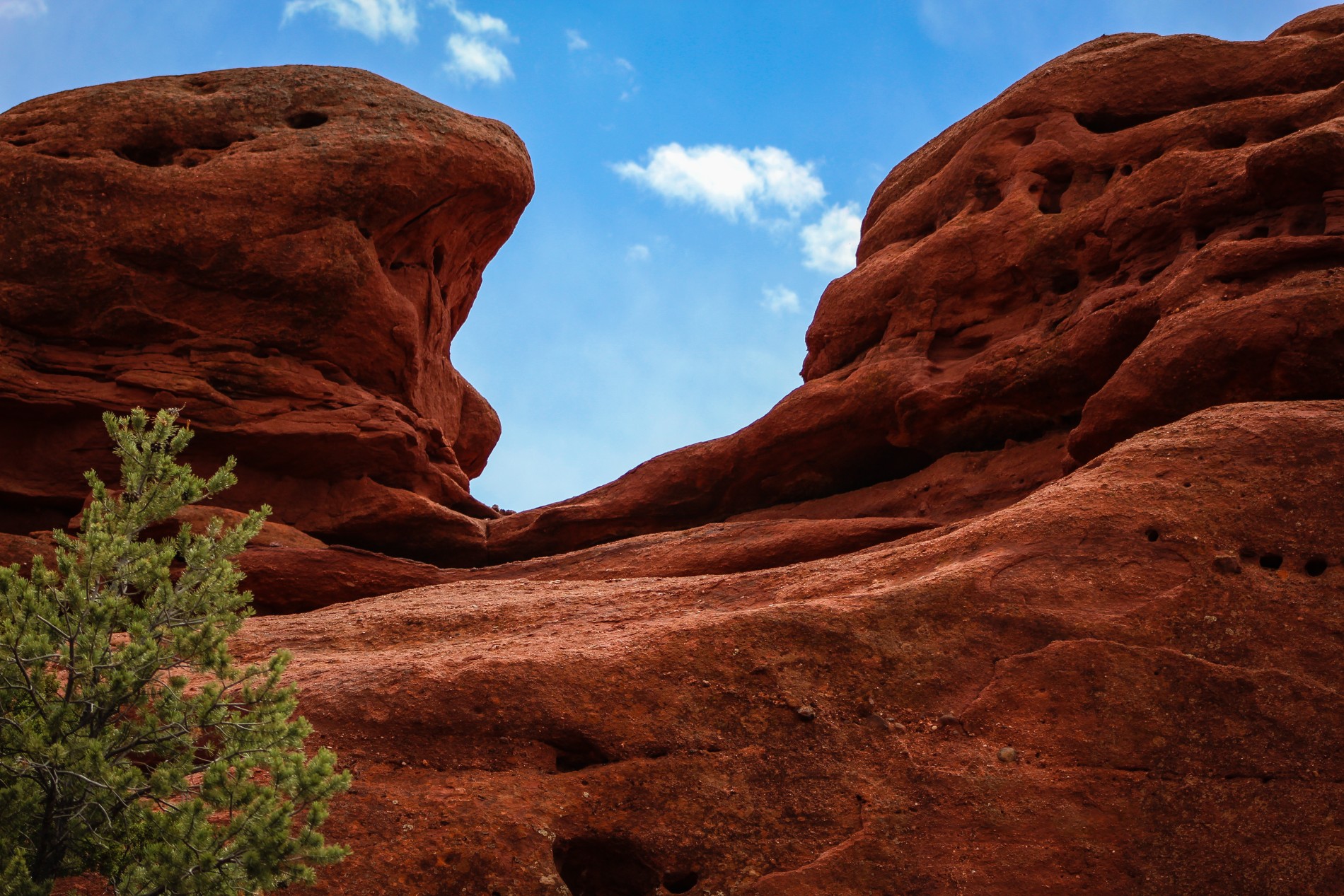 Truly comprehending geological time is an important step toward understanding Geology.  This can be difficult to do because the earth is so old.  If the entire history of the earth was laid out from the 50-yard line of a football field, the first “humans” (in the genus homo) would not be found until one inch before the goal line!

The geological time scale can be thought of as the code for the tectonic and climatic history of the earth.  People as early as the ancient Greeks made observations about geology.  Philosophers and scientists from every century and many parts of the world have worked to put together the puzzle that is the earth’s geological history. This is still the overarching goal of geological research today.

The geological time scale of Fremont County begins with the origin of the earth about 4.6 billion years ago. The current time scale was formed with contributions from scientific discoveries in biology and chemistry, as well as from various disciplines of geology. With future research, the time scale could continue to change.

The rocks found in the Royal Gorge are 1.7 billion-year-old Idaho Springs metamorphic complexes, some of the oldest on the North American continent. They were originally deposited as sediments and lava flows that were later buried and metamorphosed (changed by heat, pressure, and other geologic forces) into the rocks we see today. 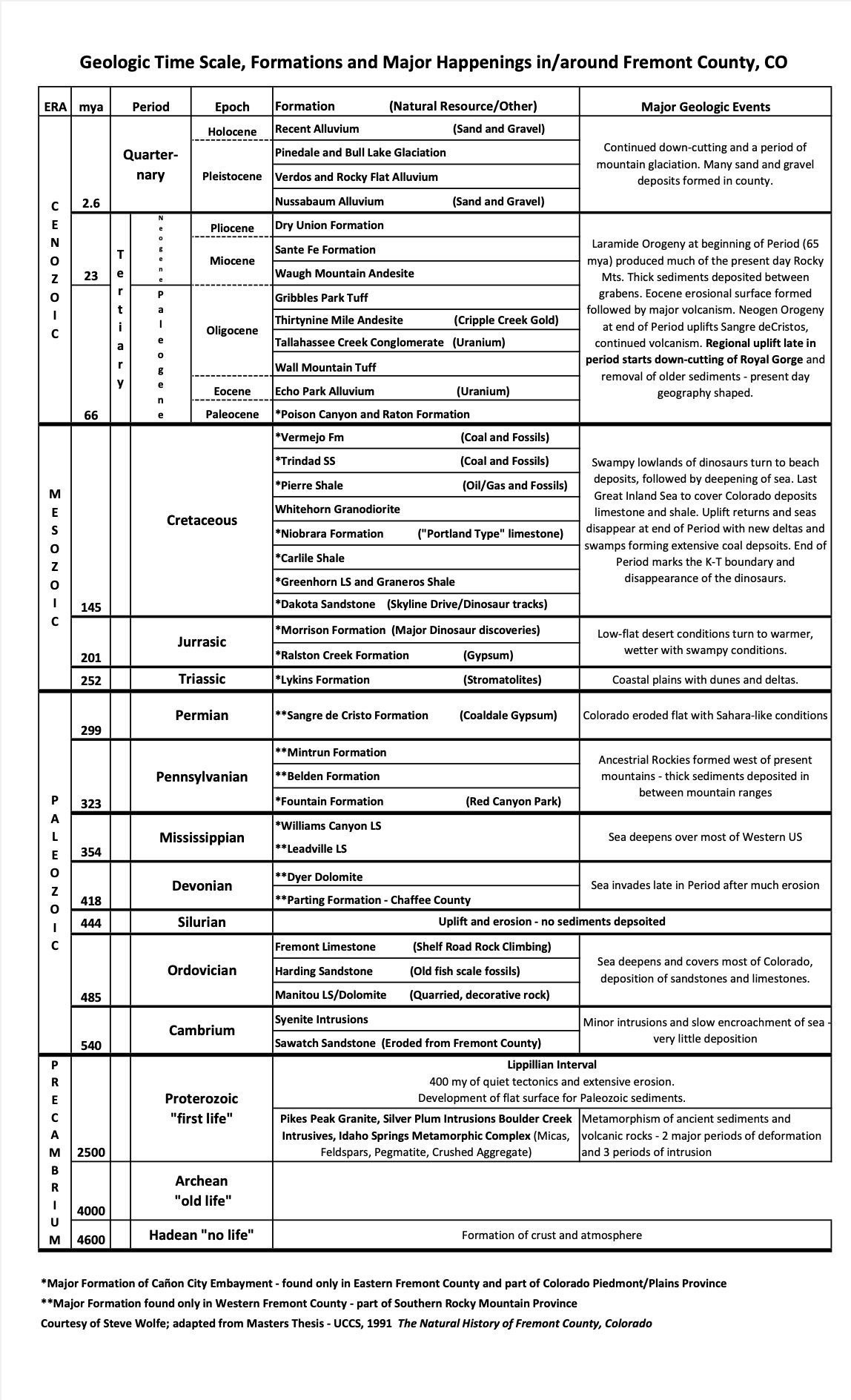 The Indian Springs Trace Fossil Site, located on the privately-owned Indian Springs Ranch, represents the Ordovician (450 mya) the sea floor.  Access to the site is only provided via personal tours from the Thorson Family that owns the land.  The site has been designated a National Natural Landmark because of its significance as providing evidence of some of the oldest life on earth.

This photo (right) of a Trace fossil, Arichonmorphicus fossor was formed by a feeding and walking member of an extinct group of arthropods called eurypterids; scale is 1 cm long; UCM-38896.  The drawing (above) depicts a common early Paleozoic eurypterid, Europe.

Red Canyon Park is located north of Cañon City on Red Canyon/Garden Park Road and is administered by the City of Cañon City. The park has a restroom and picnic facilities. Here, you can get up close and personal with the red rocks of the Fountain Formation that represent a series of braided streams carrying material eroded from and transported off of the Ancestral Rocky Mountains.  These mountains made up highlands to the west and northwest during the Late Pennsylvanian and Early Permian time periods approximately 300 mya.

The Garden Park fossil area located north of Cañon City represents the Jurassic time period (150 to 200 million years ago) when dinosaurs roamed the area. The meandering rivers and alluvial floodplains of the Morrison Formation provided the perfect habitat for dinosaurs such as the Haplocanthosaurus, Brachiosaurus, and Stegosaurus, Allosaurus, Ceratosaurus, and Diplodocus.

Dinosaurs were excavated from the Garden Park fossil area in the 1870s when little was known about them. At the same time, a feud between two of the most famous paleontologists in American history—Edward Drinker Cope and Othniel Charles Marsh—was rapidly intensifying, with hints of this rivalry played out in Garden Park. Although Cope and Marsh financed their individual Garden Park Quarries—Marsh-Felch Quarry and the Cope-Lucas Quarries—area residents excavated them.

The fossil discoveries in Garden Park affected the whole course of American paleontology, and the fossils continue to yield significant scientific and educational information regarding the history of life on earth.

Skyline Drive is located on a 107 million-year-old Dakota Sandstone formation west of Canon City on Highway 50. The entrance to Skyline Drive is at the rock gate just beyond the Royal Gorge Anglers’ fly shop.  Skyline Drive was constructed on a hogback, a ridge of resistant sedimentary rock that has been tilted steeply by mountain buildings and eroded to a narrow rim.  From the top of Skyline Drive, one can see older rocks to the west and younger rocks to the east. On Skyline Drive itself, one can see dinosaur footprints that were embedded by dinosaurs walking along the shoreline of the Western Cretaceous Interior Seaway.

The Wet Mountains are a north-northwest-trending mountain block that merges with the Front Range near Royal Gorge in the north and terminates as a south-plunging anticline in the south. The Wet Mountains are capped by the Rocky Mountain erosion surface, with 27 to 38 million-year-old volcanic rocks from the Silver Cliff-Rosita Hills-Deer Park volcanic centers locally covering the surface on the western margin of the block.

The Rocky Mountain erosion surface is also preserved under a 33.5 million-year-old basaltic-andesite flow on Greenhorn Mountain at the southern end of the range. The Wet Mountains were uplifted beginning at about the same time as the Rocky Mountains.

Formation of the Royal Gorge

Due to its wide range of geologic formations, the area is home to seven Geology Summer Field Camps dating back to 1922 when the University of Kansas founded its field camp in Garden Park. As described in the Rocks & Fossils of Fremont County Heritage Guide, the Geological Time Scale depicts many of these locations. 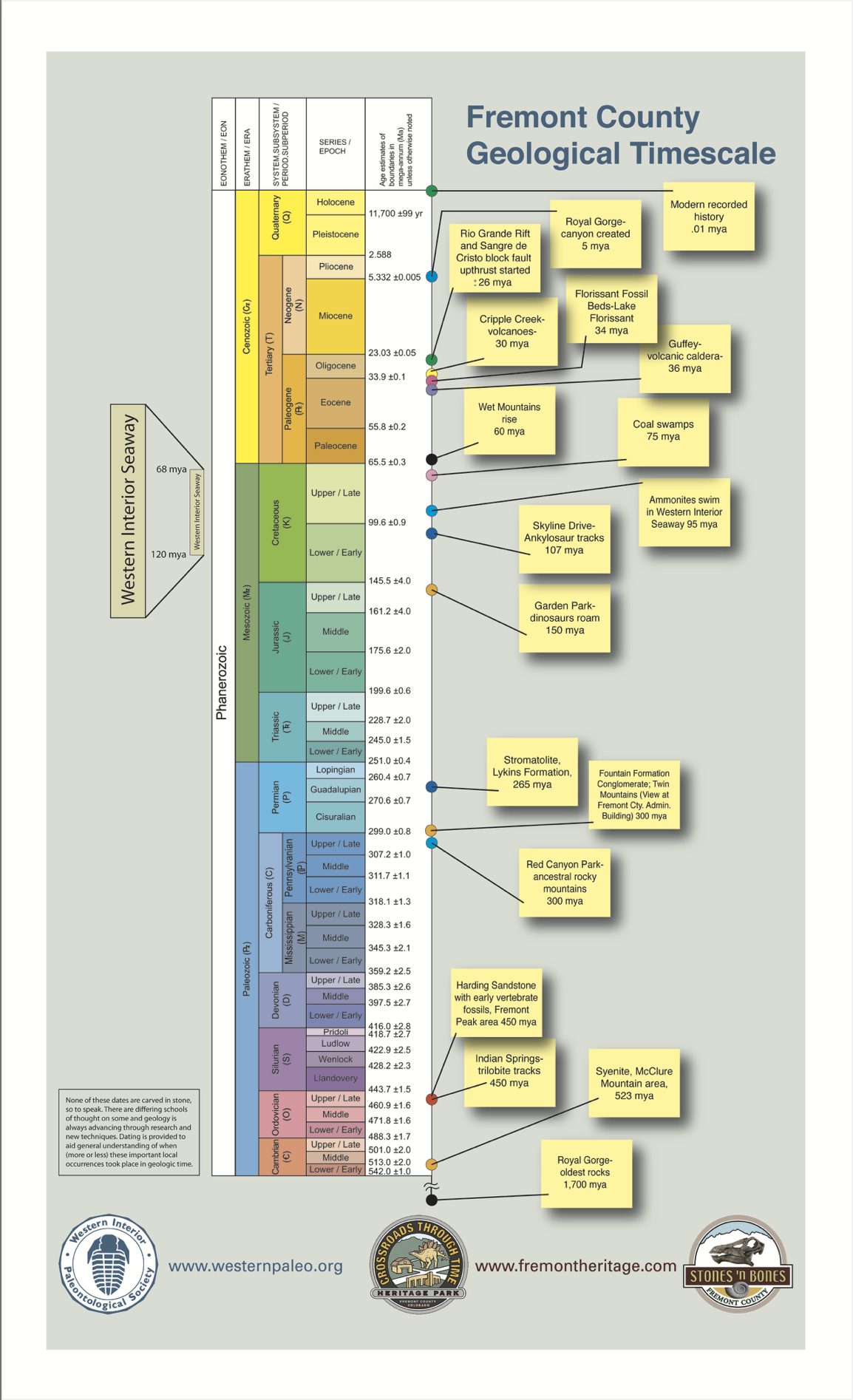