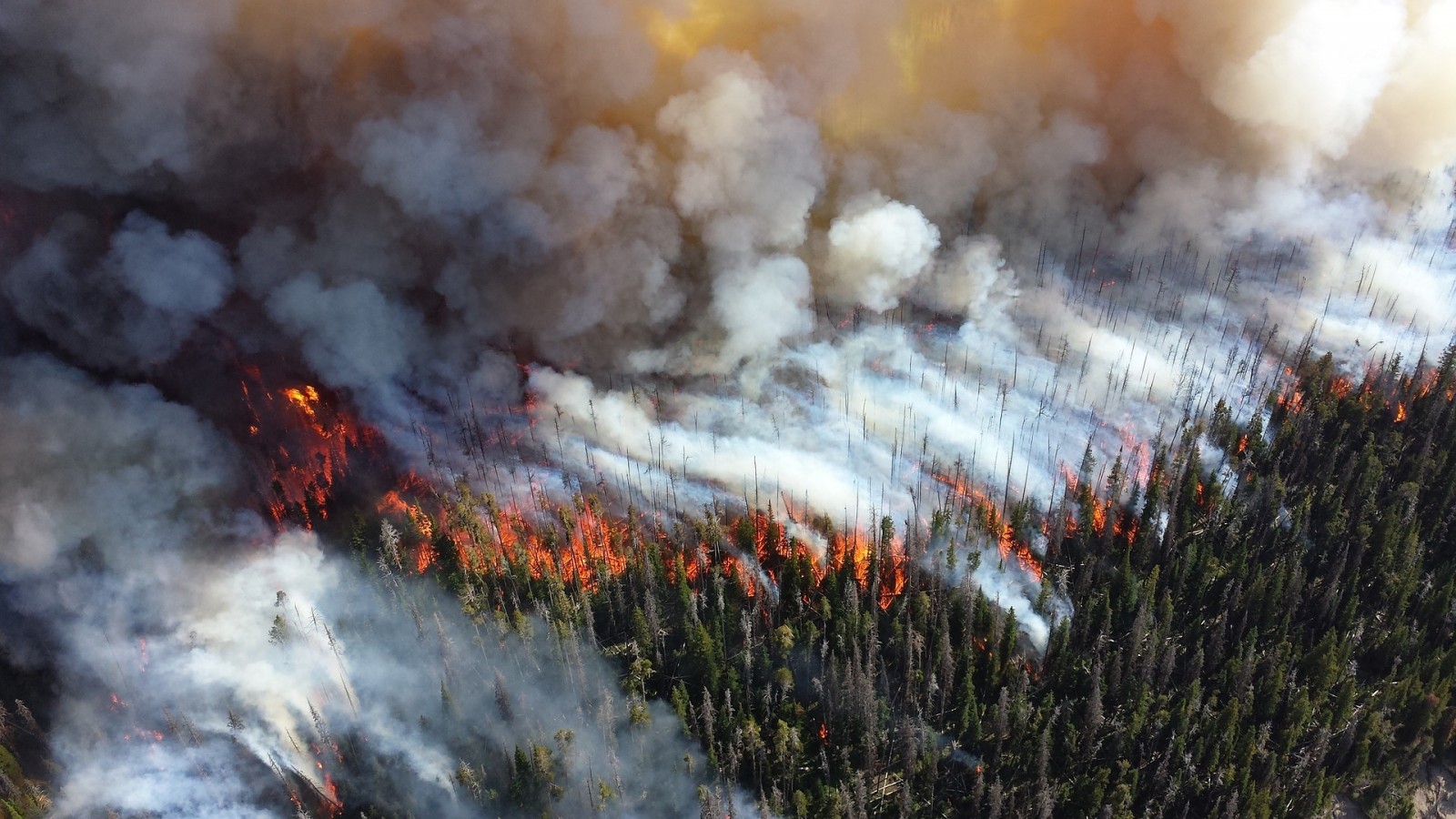 In the early afternoon of June 11th, 2013, a fire began northwest of the Royal Gorge Bridge and Park. The fire raged through dry pine and sagebrush, and it wasn’t long before it reached the park, where it jumped the gorge and proceeded to spread closer to town.

The fire took five days to contain, and in the end, it destroyed 3,218 acres of the park, including 48 of the park’s 52 structures. The bridge, however, miraculously withstood the flames, only losing 32 of its total wooden planks. Other survivors of the fire included the Skycoaster, mini train (no longer in service), and the Plaza Theater, which contained archives of the bridge’s history.

1,400 visitors and 200 staff were evacuated that day, as were the park’s animal residents—elk, horses, bison, and sheep, all of whom also survived. In fact, the day after the fire, one of the park’s bison gave birth to a rare albino bison, which the staff affectionately named, Smokey.

Though the park was shut down indefinitely immediately after the fire, it was soon announced that from the ashes, a new park would be built.

After $30 million in repairs and labor, the new Royal Gorge Bridge and Park held its grand opening celebration in May 2015. Much of what visitors loved of the old park was present but with a modern twist. Most notable was the new 14,000-foot visitor center with floor to ceiling windows, a large deck for relaxing and viewing the gorge, and 150 burned bridge planks that decorated the exterior. Other new additions included the zipline, gondolas, and Café 1230.