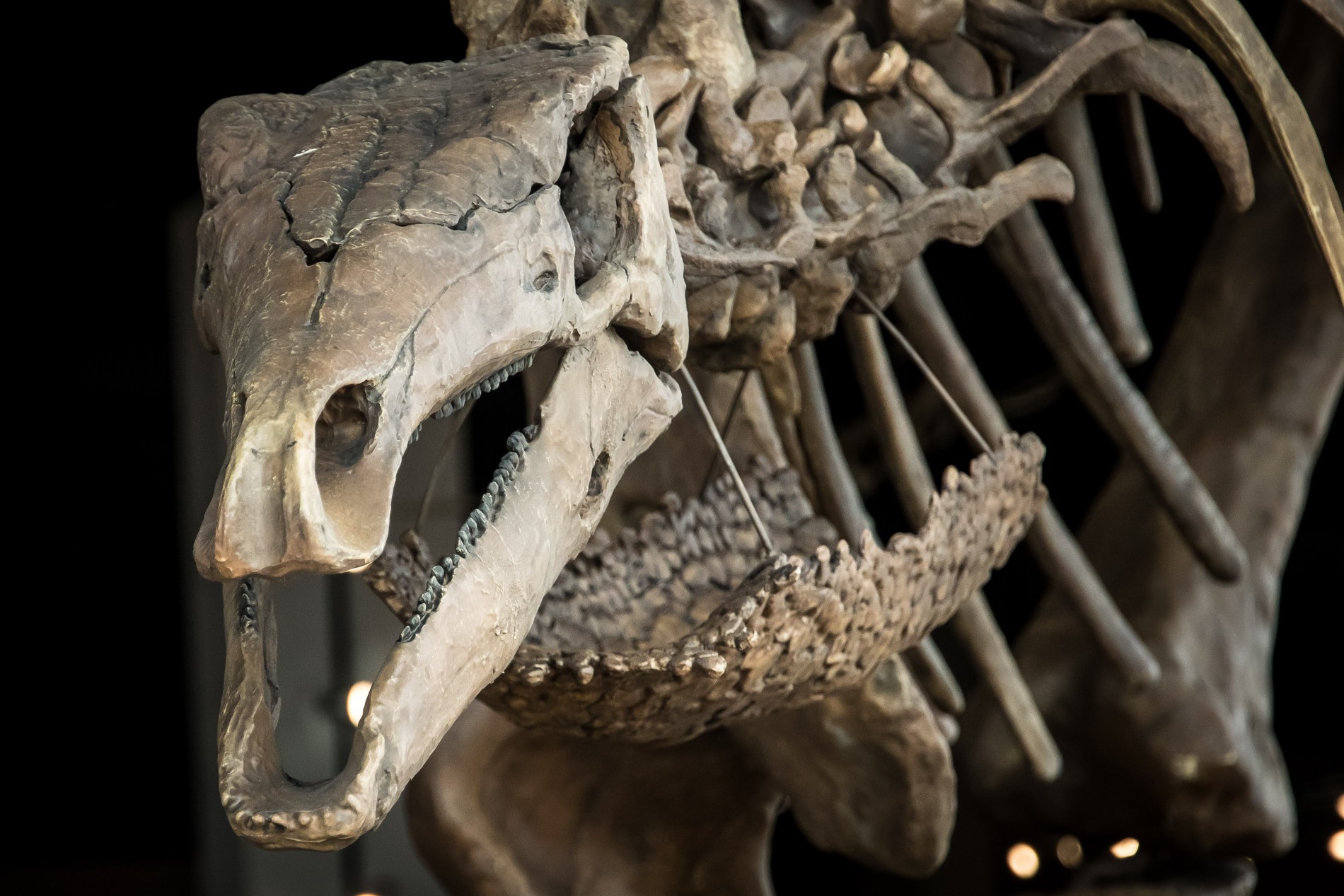 Did you know our nation’s love of dinosaurs started here, in Cañon City? It all began during the Bone Wars, or the Great Dinosaur Rush, which was a period of competitive fossil hunting between Edward Drink Cope of the Academy of Natural Sciences in Philadelphia and Othniel Charles Marsh of the Peabody Museum of Natural History at Yale.

Both paleontologists began their expeditions in the early 1870s with a focus on ancient mammals and birds. In an effort to outdo each other, they resorted to theft, the destruction of bones, attempting to cut off each other’s funding, and attacking each other in publications.

However, it wasn’t until 1877, when dinosaur fossils were discovered by a local teacher in the Garden Park area nine miles north of Cañon City that the collection of dinosaur fossils moved to the forefront of this bitter rivalry.

In the 1870s, dinosaurs were not as widely known to the public as they are now. Even among scientists, dinosaurs were considered little more than rare oddities and very few people at the time were concerned with them. But Garden Park proved to be such a rich source of large dinosaurs, Cope and Marsh began to take notice.

Cope and Marsh in Cañon City

The story of Cope and Marsh in Canon City begins with Oramel Lucas, a school teacher in Garden Park.

The year was 1877, and Lucas was hunting deer up in the hills in Garden Park when he stumbled across strange rocks he quickly realized were fossilized bones.

After being told by his alma mater, Oberlin College, that they had no funding for researching such specimens, Lucas was referred to Cope and Marsh.

Cope soon responded to Lucas’s letter about the bones he had found in Garden Park. They struck up a deal in which Lucas would send bones to Cope in Philadelphia for $.10 per pound of fossilized material.

Marsh, who was skeptical of the bones found, was late to reply. It was only after Marsh’s employee, who was from Cañon City, told Marsh about dinosaur bones being sold in curio shops as petrified wood that he become interested.

Marsh was now threatened with Cope gaining ground in a new area of paleontology and became determined to obtain as many dinosaur bones as possible. The bones coming out of Cañon City were huge and suggested the presence of animals bigger than any ever heard of on land.

As a result, Marsh sent another employee, Benjamin Franklin Mudge, to investigate. Mudge ended up starting his own quarry with Cañon City farmer Marshall P. Felch about a mile away from Lucas’s and excavating dinosaur bones for Marsh.

Unfortunately, Cope and March were financially and socially ruined by their attempts to outcompete and disgrace each other. Still, their efforts led to more than 136 new species of dinosaurs being discovered and described, an increase in knowledge of prehistoric life, and a spark in the public’s interest in dinosaurs, leading to continued fossil excavation in North America in the decades to follow.