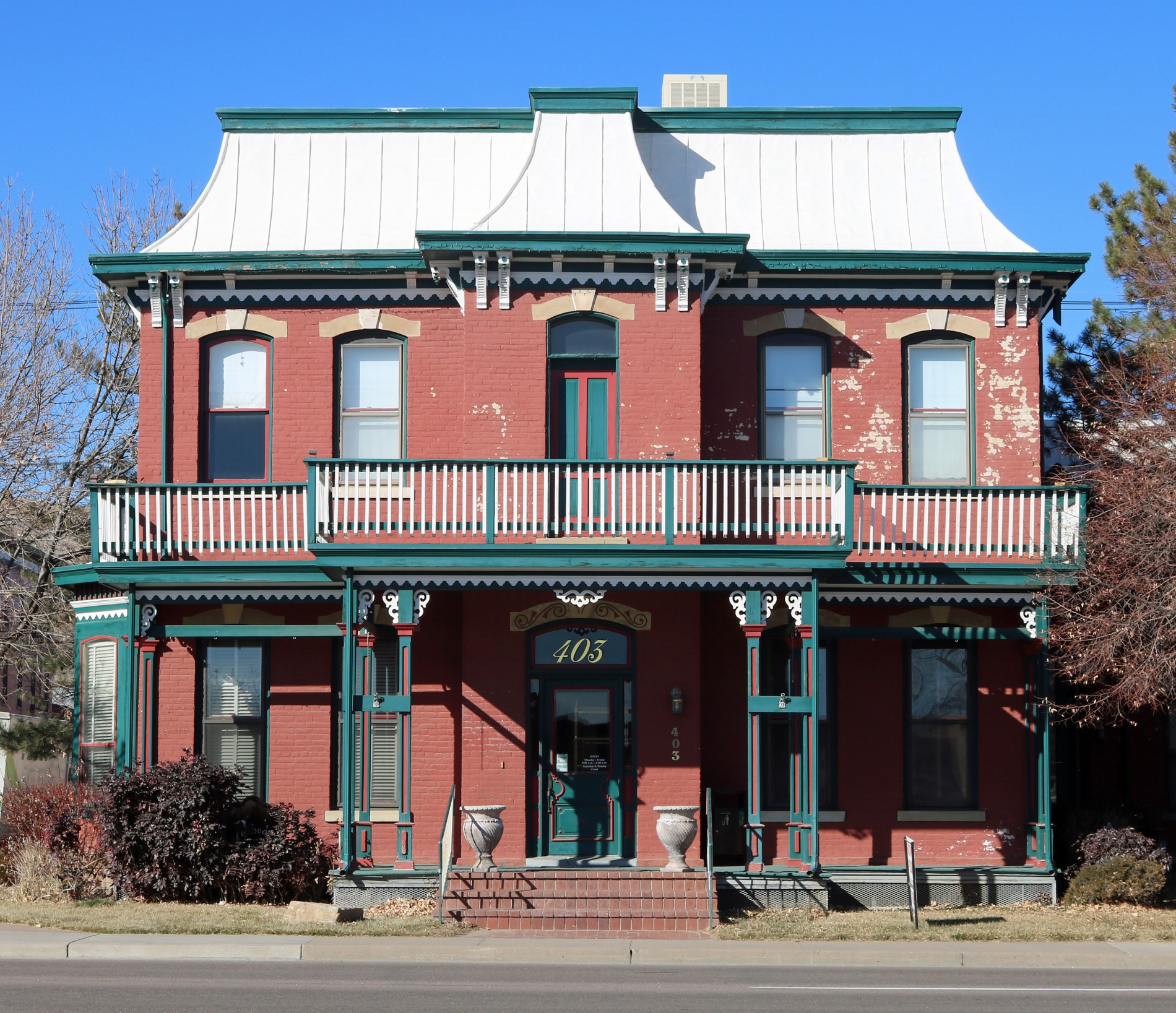 The Peabody Mansion, a red brick, two-story Victorian on the corner of 4th and Royal Gorge Boulevard in Cañon City, was once the home of former Colorado governor James Hamilton Peabody. Today, it’s where you’ll find the Royal Gorge Chamber Alliance.

Peabody moved to Cañon City in 1875, where he began working as a bookkeeper for James Clelland, an active and successful businessman with interests in real estate, grocery, and merchandising. It was also Clelland who built the red Victorian in the 1800s and first called it home.

With hard work and enterprise, Peabody became Clelland’s partner. Peabody then married Clelland’s daughter in 1878. As a wedding present, Clelland gave the couple a small home to live in. But when Clelland died in 1892, the couple moved into the red Victorian on the corner of 4th and Royal Gorge Boulevard.

Peabody was described as a hardworking go-getter who not only helped organize the town’s bank, water works, power company, fire department, and chamber of commerce at the turn of the 19th century, he also served as a city clerk, treasurer, alderman, and mayor.

Peabody was elected Governor of Colorado in 1902, a tenure described as constant stress due to labor disputes at Cripple Creek, Clear Creek, Telluride, and the southern coalfields of Las Animas County. At issue was labor union bosses insisting that all miners join the Western Federation of Miners.

When union miners went on strike, mine owners employed non-union workers, resulting in violence on both sides. Peabody declared martial law, sent in the state militia, and ordered the arrest of Charles Moyer, the president of the Western Federation of Miners.

Peabody ran for a second term in 1904 but was vilified by his opponents who declared “Anybody but Peabody!”  feeling he was in league with the mine owners. After his loss in the 1904 election, Peabody returned to the red Victorian in Cañon City where he would live out the rest of his days.

When Peabody died at the age of 65 in 1917, Mrs. Peabody sold the home, which was turned into an apartment building, a second-hand store, and a motel before it was abandoned. A dilapidated, condemned building awaiting demolition, it was saved in 1988 and later sold to Cañon City as part of a downtown revitalization and urban renewal effort, known as the River Station Project.