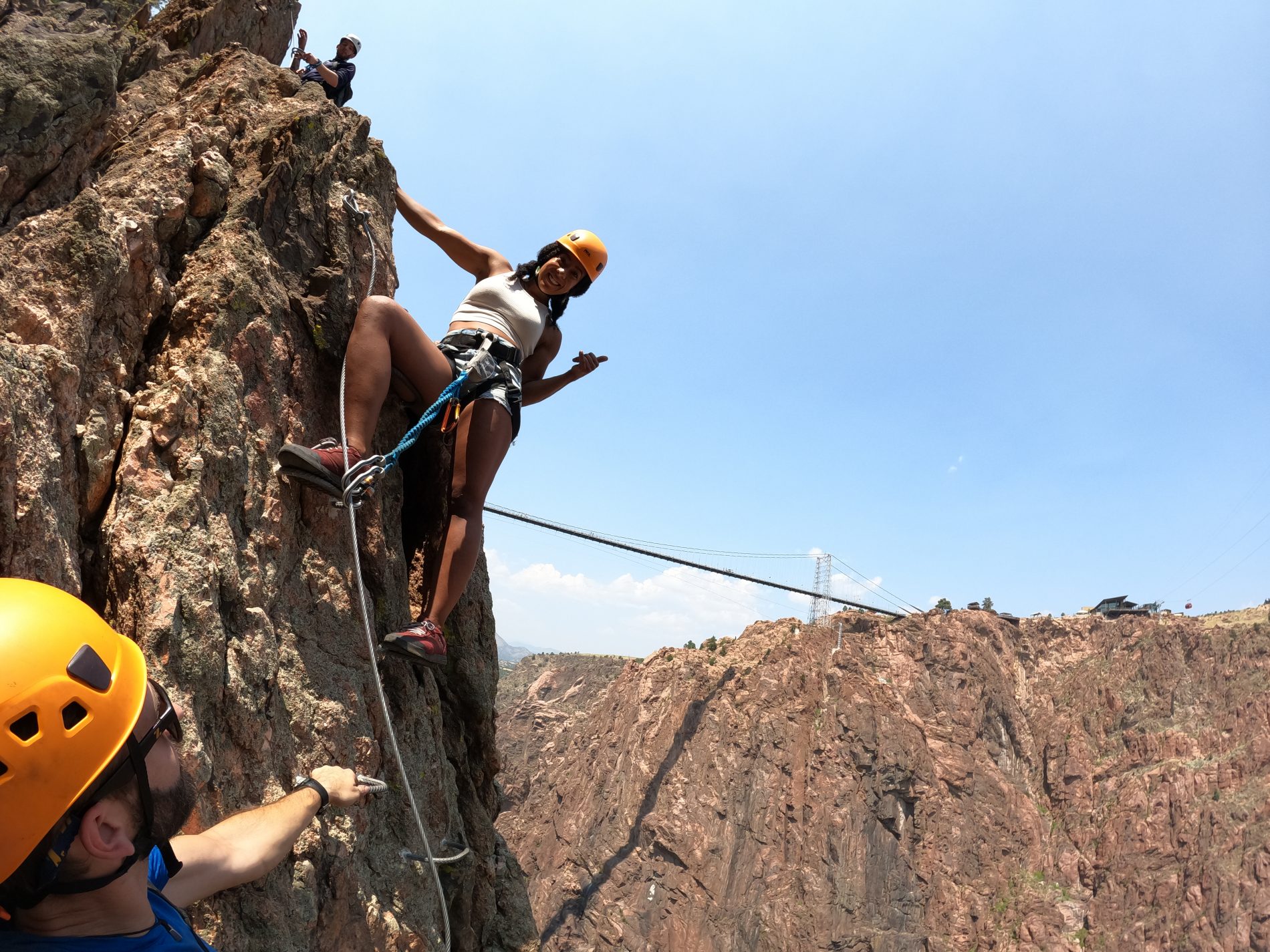 Via ferratas are growing in popularity. Yet, despite this, you may still be asking yourself, “what is it?”

A via ferrata, Italian for “iron path,” is a secured climbing route up vertical, rock walls.

A steel cable runs from the bottom of the climbing route to the top and is fixed to the rock every few feet. Climbers can secure themselves to the cable, eliminating any fall.

Iron rungs, like steps, are also secured to the rock wall, so climbers can ascend the wall more easily than say, a traditional rock climber would. These rungs are like steps on a ladder and can act as foot or hand holds.

Thus, via ferratas allow otherwise dangerous routes to be undertaken without the risks associated with unprotected scrambling and climbing or the need for climbing equipment such as ropes.

They offer the relatively inexperienced a means of enjoying dramatic positions and accessing difficult peaks. The via ferrata can also be seen as a distinct step up from ordinary hiking. Conversely, the modest equipment requirements, ability to do them solo, and potential to cover a lot of ground mean that via ferratas can also appeal to more experienced climbers.

The origins of the via ferrata date back to the nineteenth century, but they are often associated with WWI when several were built in the Dolomite mountain region of Italy to aid the movement of troops. Many more have been developed in recent years, as their popularity has grown and the tourism benefits have been recognized.

Want to give a Via Ferrata a try? Lucky for you there are TWO options in the Royal Gorge Region:

The Royal Gorge Bridge and Park Via Ferrata

Located on the north-facing and south-facing limestone cliffs that surround the Canyon Adventure Course are four (4) via ferrata routes consisting of a series of traverses and climbs protected by flexible lifelines and anchors. Climbers use special fall protection lanyards designed specifically for via ferrata and are assisted by stainless steel rungs, bolts, and ladders.